Quasars and their " mini big bangs " .


1.01 The work of astrophysicists, the prospection of Universe thanks to the newest techniques : orbital telescopes and powerful radiotelescopes, are advancing our understanding of Universe.

1.02 Ever easier access to these scientific discoveries allows even amateurs to edify new visions in cosmology.

1.03 I propose a model which seeks to dispense with the singularity of the "Big Bang", even if it is far from answering all of the questions, because it calls into question the hypothetical beginning. According to my conviction, the Universe has always existed and would therefore be eternal .

1.04 In this model Universe resembles a Quasicrystal, of fivefold symmetry, in which the base elements are quasars.

1.05 In this Quasicrystal the quasars are almost stationary, in equilibrium with each other. These quasars consist of reservoirs for the important quantity of non-baryonic matter, estimated today as a quarter of the total mass of Universe.

1.06 The space between the quasars is seeded with galaxies, nebulae and dark matter, previously created by other quasars.

1.07 These galaxies, nebulae and dark matter, known as baryonic matter, are thought to represent around four percent of the mass of Universe.

1.08 The quasars, equally called Black Holes, are centers of de-nucleation. By their immense gravitational force they attract the surrounding baryonic matter : there is accretion and absorption as a non-baryonic form.

1.09 Quasars are also recycling centers, at the origin of nucleosynthesis, for at a certain moment they reach a critical mass and produce a " mini Big Bang ". The exploding quasar becomes a radiogalaxy, vigorously liberating in two symmetrical jets, and thus remaining in equilibrium, all that has been swallowed in its' last cycle, as well as a number of " grains " of the core of quasar, called " microquasars ".

1.10 The quasar thus retains its' own original mass and energy, in order to remain in place in the crystalline structure, ready to absorb, after a period of " rest ", galactic matter passing in the vicinity. Thus begins another cycle of incommensurable length. During this rest period, the quasar becomes invisible and occupies the center of the area that has been emptied around it. It would be " One of the great cosmic voids " located between the galactic superclusters.

You can click on these 3D models and manipulate them !

1.11 This liberated energy becomes a new baryonic matter, which condenses into nebulae and galaxies around the microquasars, generating new macrocosms.

1.12 This freed matter expands into the Quasicrystal, accelerated by the presence, and therefore the attraction, of the other quasars.

1.14 Universe is thus globally homogenous, for there is a continual "kneading" of its' matter and energy.

1.15 This allows us to suppose that the seeds of life are omnipresent in Universe, and that the opportunities for the flourishing of life are frequent.

1.16 Each quasar, in its' turn, goes through the same cycle, in their diverse situations in the Quasicrystal. Universe is a closed space, and the theory of continual inflation has no place in this Eternal Universe.

1.17 The background "fossil" radiation would therefore be that the successive mini Big Bangs of the quasars. The zone of influence of each of the mini big bangs would concern a kind of sphere with a diameter of the order of five hundred million light years. We find here the multi-universes.

1.18 The importance of the redshifts of the quasars stems from their gigantic gravitational forces, and even more so due to their unknown non-baryonic matter.

1.19 For the global form of the Universe, Plato and his school had chosen the dodecahedron. Why not?

20. I will choose an icosahedral assembly. The icosahedron and the dodecahedron are same family because they are dual between them.

21. We start with a concave polyhedron to forty faces, fig.1, type of quasicrystal of order five which we will call atoms.

22. The regrouping of twelve of these identical atoms gives a molecule, (fig.2) .

The assembly of twenty of these molecules interconnected with each other through a common atom bonding leads to a macromolecule. This one fits in an icosahedron and constitutes Level 1, (fig.3) . 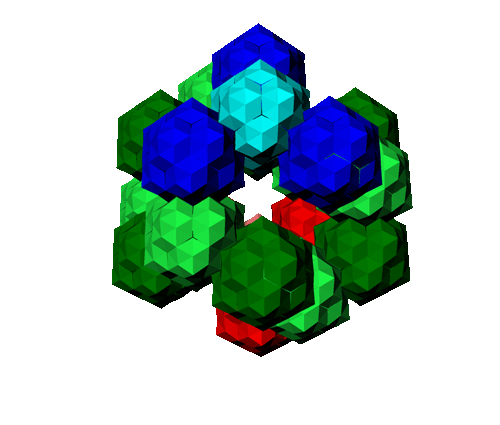 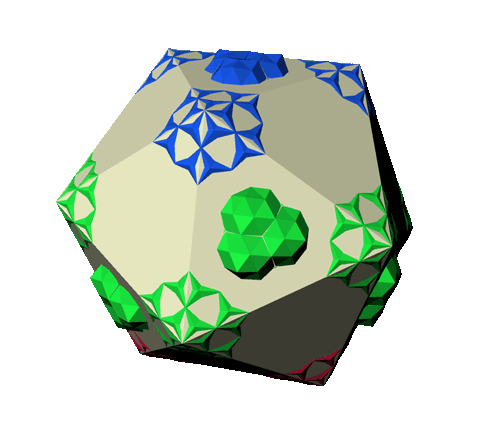 1.23 This level 1 duplicated twelve times and laid out on the tops of the preceding icosahedron leads to level 2 and this last also fits in another larger icosahedron, (fig.4) .

1.24  This process of construction can be continued ad infinitum. We end thus to an isotropic medium filling space in a homogeneous way. The branches, of this tree structure in space, are inter-connected between them with each succession of level by an element of the previous level.

1.25 Each macromolecule can be taken for the starting point of this construction, like a fractal !

1.26 The atom initially of order five, can be divided into forty tetrahedra, four different models and features twenty-three knots, by taking account of the central node.

1.27 In this scenario, each node represents a quasar, thus each atom comprises twenty three quasars and each molecule counts two hundred and thirty six of them.

1.28 The phenomenal forces which permit the static equilibrium of the Quasicrystal could well be " the dark matter ", thought to represent two-thirds of the total mass of Universe .


1.29 - The Big-Bang did not produce the quasars, but rather the quasars which have produced, and will produce, the many phenomena compared to " mini big bangs ".

1.30 - Quasars are denuclearizating and recycling centers.

1.31 - The history of our Universe is thus marked out by a succession of phenomena being connected with of mini big bangs and it is the true perpetual motion.

The " Big-Bang " theory, without however originating from a singularity,

- A cyclical model, on many levels,

- A static Universe in its' globally even if it appears to us expanding accelerated in our accessible vicinity .

- to ensure that the quasars generate many stars and galaxies as that has just been recently discovered by astrophysicists*,

- demonstrate that the " Great Attractor " of Laniakea would be a quasar in the making, towards which we converge,

- shearch for what quasar comes from our galaxy. It would be distant of a hundred million light-years or more and would be located in the center of a large local void between superclusters of galaxies.

1.34 As to the true nature of quasars, and of "dark energy ":
it is towards the Creating Spirit that we must turn : there is no other way of knowing.


* David Elbaz and his video - ' quasars: killers or creators of galaxies ' 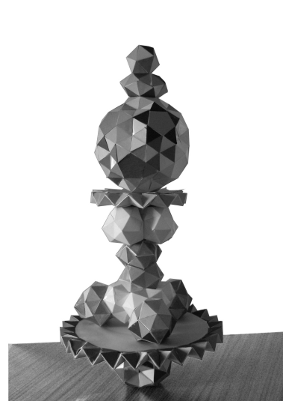 One patent is published for the protection of these polyhedra, It is readable on the website WIPO 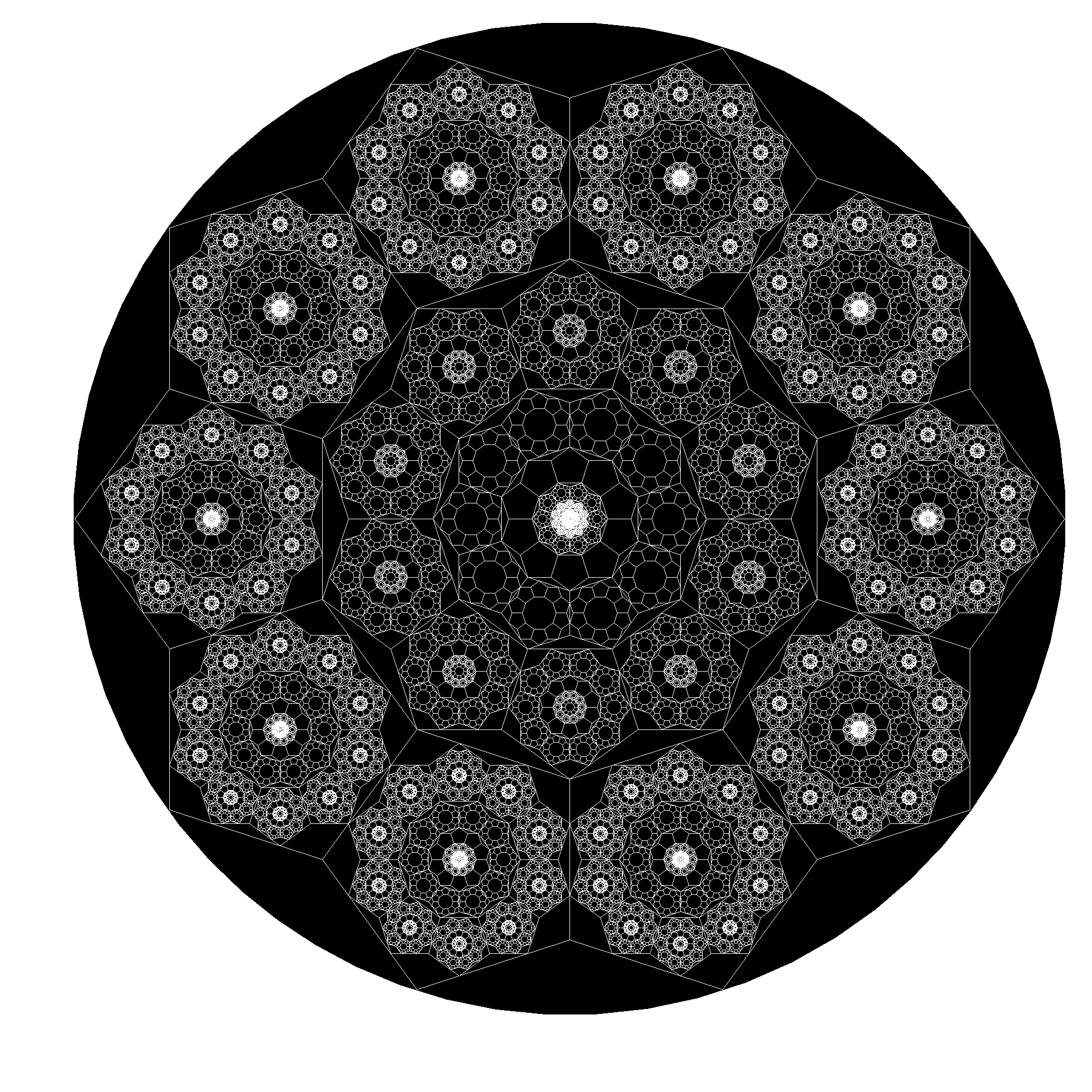 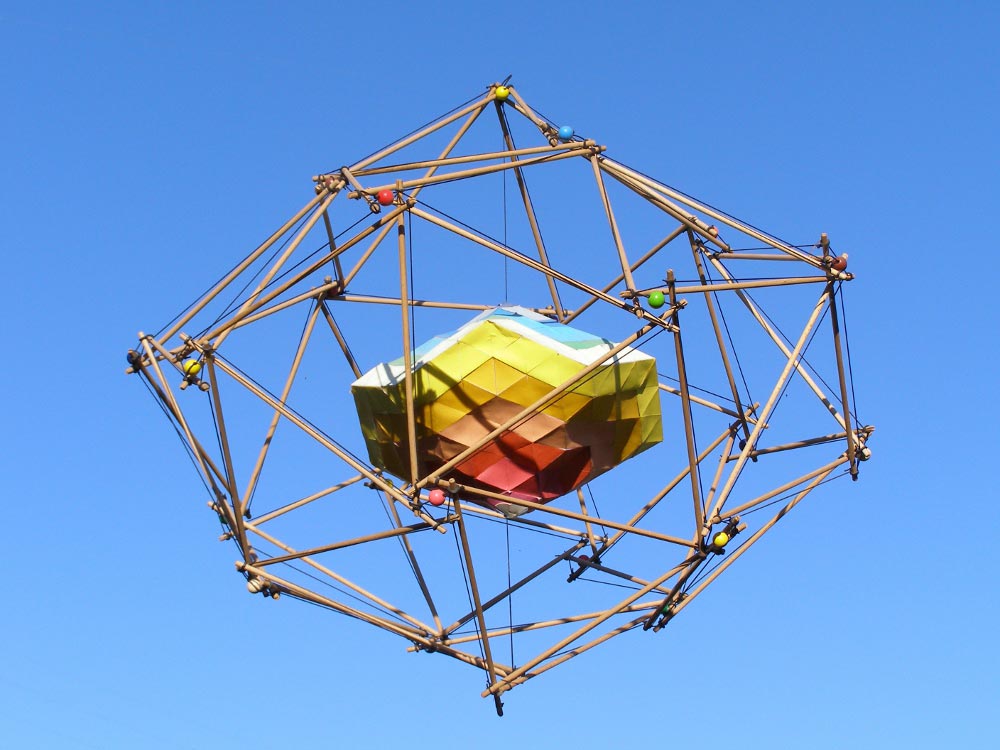 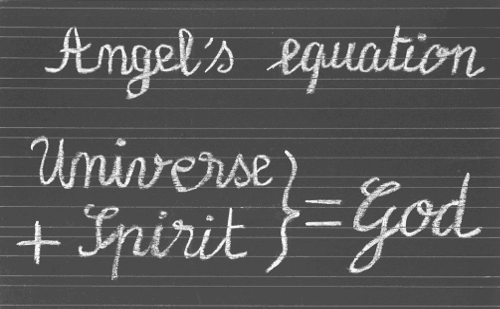 Angel's equation : Universe + Spirit = God
God " Pure Spirit " , You are    Life    Love    Energy     and     Light .
Eternal and Infinite God , Your Body is the atom and the sun , all the galaxies and other unknown bodies which make up the Universe , with all the different forms of Life that abound there of which we know not and cannot know their limits in space and time .
You my brother , you my sister , whatever your origins , your Religion , believer or not , you are a part of God .You too the horse , you also the rose .
God our Father , You are perpetual Creation and it is our duty , the evolved Creatures that we have become , to help in Your Work .
Jesus Christ , You are the Model of the best that God can give us  : the Gospels are there to witness .
You truly deserve to be called " Son of God ", for after giving Your Life to save Mankind , God crowned You in the Resurrection .
We believers , in spite of our faults , live in hope of this Resurrection , by which God lets us share in his Wonders  : even so we must wish it and deserve it .
Each one of us can find God in himself , through the message left in us by the Creation .
The following of any religion which holds sacred Love , Solidarity , Peace , respect for Nature and all Life help us to live according to God's Plan .
The gatherings of the faithful are proper to serve and honour You , as one of our duties towards You , our Creator .